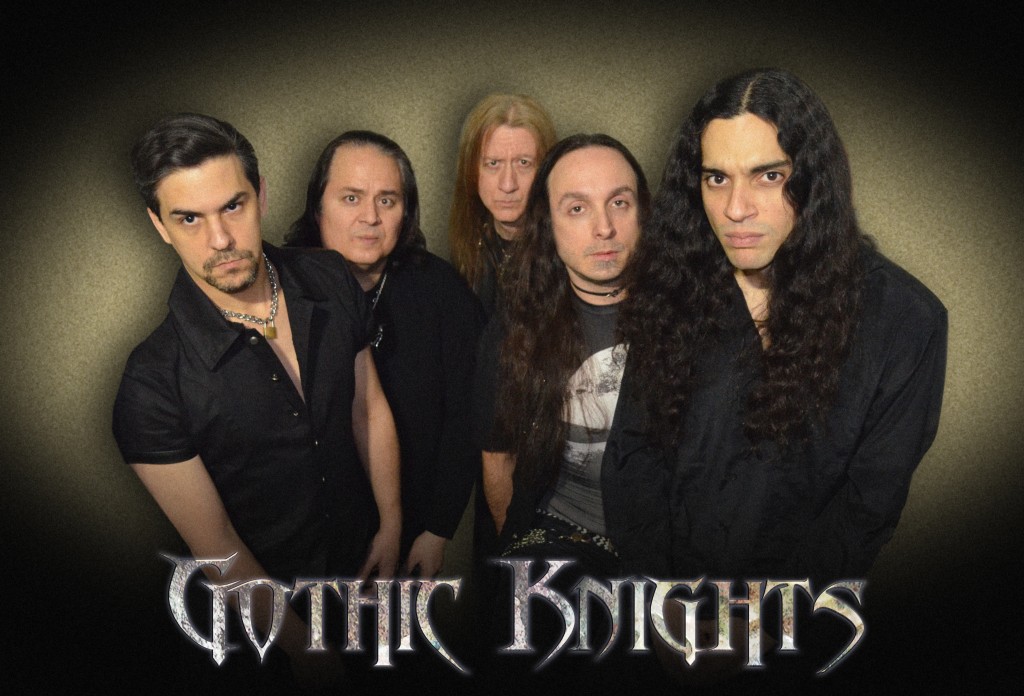 Hailing from NYC, Gothic Knights was formed in 1990 by guitarist John Tzantis with a vision of crafting a unique brand of epic power metal. After gaining label interest from its 1994 demo To Hell and Back, the band released its 1996 self-titled debut and 1999 Kingdom of the Knights albums on Sentinel Steel Records. In 2003, the band released its third CD Up from the Ashes on Limb Music, further establishing the band as a force and endearing presence in the world’s heavy metal scene.

Over the years, the band has played countless shows, opening for national acts and participating in several U.S. festivals. The band released their latest CD Reflections from the Other Side worldwide in the Summer of 2012, which garnered excellent reviews by the metal press!!

The Knights are currently working on new music for their follow up release, while continuing to perform live in support of Reflections from the Other Side.